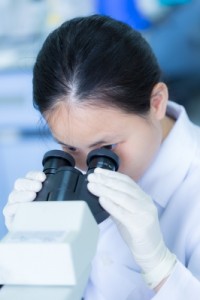 Turns out that a research team investigated whether inhibitors of a specific viral protein would stop and delay the replication of HSV-1 and HSV-2. Image by: Freedigitalphotos.net

Treating viruses isn’t an easy task. They take over the cell, use its activities in their favor, and therefore are considered parasites [1].

An important question we should discuss is, why don’t doctors prescribe antibiotics for viral infections? Well, the answer lies within the bacteria’s structure.

Unlike viruses, bacteria are very similar to each other and different from us humans. This is reflected, for example, in very conserved protein elements different from ours found on their outer surface [2].

Viruses, are actually parasites, and unlike bacteria, their elements aren’t conserved between one another and strikingly, in some cases, they mimic elements we have in our cells. This fact makes it difficult for our immune system to recognize viruses as a foreign element [1].

Over the years, the scientific community finally realized that understanding the molecular process of viral infection is important and will aid in the development of antiviral drugs.
For instance, acyclovir takes advantage of a specific viral molecular pathway and thus prevents further viral replication without affecting the normal cellular processes. 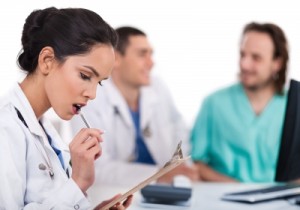 Research team hopes that herpes virus changes very slowly. That gives them a better chance at investigating something that can work for a long time without allowing the virus to mutate as rapidly as currently approved treatments do [4-5]. Image by: Freedigitalphotos.net

However, antiviral drugs are limited in their activity, hence only suppress viral spread rather than eliminates the virus completely. Moreover, viruses have the ability to change and acquire resistance to the drugs, which eventually causes drugs to be ineffective.

Turns out that a research team investigated whether inhibitors of a specific viral protein would stop and delay the replication of HSV-1 and HSV-2. Strikingly, the inhibitors stopped accumulation of viral genomes and infectious particles and blocked the viral replication cycle [4]. Do I smell new herpes treatment???

These results are very encouraging since they enable an additional pathway to fight the virus. And it doesn’t end there, after scientists discover the mechanism by which this drug inhibits the spread of the virus, it can be used along with other antivirals as a cocktail, similar to HIV treatment, therefore preventing resistance.

Turns out that one of the tested inhibitors has already proven effective in animals and another is found in a topical anti fungal already FDA approved for use! [5]

I write about what's new in virology from the molecular biology point of view, covering topics such as human papiloma virus, hepatitis C, herpes simplex, and other viruses, especially those occurring in the body in a latent state. Read more